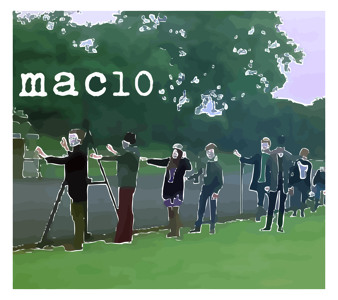 Papi Vuh – Greed (Deeprooted mix)
Papi Vuh – Sometimes (Binbambi version)
Papi Vuh – Greed (Wallstreet Journey)
Suave Hidalgo – Something Enfermo (Original)
Suave Hidalgo – Something Enfermo (USGC’s version)
Suave Hidalgo – State of War
Suave Hidalgo – MinorThings (Dada Disco mix)
Full EP
Release from the oppressed MAC9N10-Directly from our hidden compound within the empire of the oh so little freedom and democracy for the rich. We bring you the best of best in prime time television drama riddled with background intrigues, and express burials at sea, oh yes, Sometimes reality is the strangest fantasy of all!!We are in a State of War, a “war on peace” and we are losing it for the sake of this Wall street Journey into the kingdom of Deep rooted Greed. To some these are all just Minor Things, the norm of everyday life, but for the not so easily fooled and evermore aware, it has all gone too far… The end is near, and no, the world will not implode, and the rapture won’t pass us over. We are just near a point in time that marks the before and after the day everyone got off their couches, and started using the power of the masses against the tyranny and injustice of the few. Ohh and I almost forgot… here are 7 tracks to rock the house!!
Join Us
Published inUncategorized